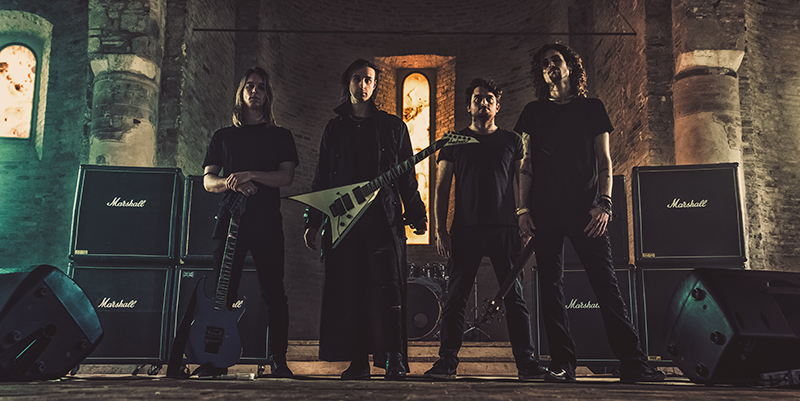 Will be out on September 25th 2018, "Fall Of The Divine", the new Hell's Crows video, taken from their first album "Hell's Crows" released on March 31st 2017 by the label Valery Records www.valeryrecords.com, distributed by Audioglobewww.audioglobe.it/disk.php?code=8032642781605 and available on the best digital  stores wordlwide.

Hell's Crows, Italian melodic-heavy metal band, in collaboration with Crown Metal Booking Agency www.crownmetal.it have been involved during the last year and half, around Italy, in the live promotion of their last studio work, often sharing the stage with colleagues of national and European fame such as Pino Scotto, SKW, Necrodeath, Trick or Treat, Skeletoon, Sick N' Beautiful, Soundstorm, Eagleheart, Starsick System, Sawthis and many more.

The video was shot and produced by Studio Close Up (www.studiocloseup.it)
The press office and promotional are overseen by the V-Promotion Agency (www.v-promotion.com).